The staff members of Currie-Jefferson Funeral Home & Memorial Gardens are caring and experienced professionals who understand that each family is unique and has personal requests and traditions. These requests and traditions are of  the utmost importance to our staff, whose number one goal is to see that each family is treated with the utmost care, respect, and dignity. 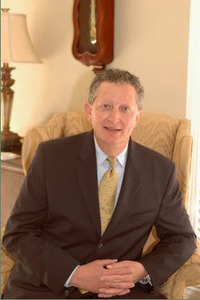 Phil has been a licensed funeral director and embalmer since 1976 and has worked in all phases of the funeral business. He received his Mortuary Science Degree from Jefferson State in Birmingham, Alabama, and his Bachelor of Science Degree from Oral Roberts University in Tulsa, Oklahoma. Having a minor in music, Phil and his wife, Julie were involved in Christian music ministry for 25 years.

Having managed in both the independent and the corporately owned funeral and cemetery environments, Phil has had extensive experience in both the at-need and pre-need aspects of the funeral industry. His goal is to provide the highest quality service possible to every family served at Currie-Jefferson Funeral Home and Jefferson Memorial Gardens, South.

He and Julie have been married 43 years and have 3 children, 9 grandchildren and their Yorkie-Poo, Teddie.

Julie handles a variety of administrative and financial responsibilities to include the accounts payable as well as the company payroll and other employee related issues. She is also a licensed funeral director through the Alabama Board of Funeral Service and occasionally lends her hand with funeral services when needed.

Originally from Anniston, Julie comes from a large family and has lived in Alabama most of her life. She studied music at Jacksonville State University as well as the University of Alabama. With a background in music, Julie,and her husband Phil were involved in Christian music ministry for 25 years. She has a diploma from Oral Roberts University School of Ministry. She and Phil currently live in Trussville and they have one son, two daughters, nine grandchildren and their dog Teddie.

Brooke Moore has been with Currie-Jefferson Funeral Home since February of 2016.  She has worked in business administration for many years which has made her a great asset to our team.  Brooke also has experience with working closely with families in their time of loss and shows great compassion for the families we serve.  She is a resident of Pelham, married, has three beautiful daughters and loves being involved in her church. 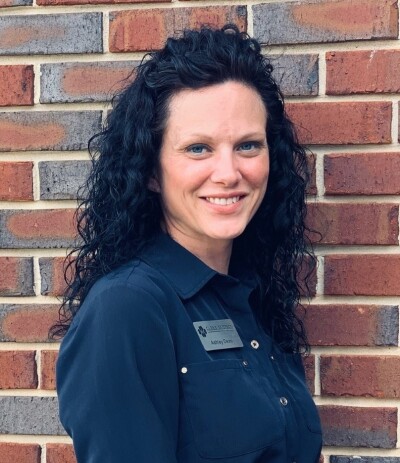 Ashley M. Dean is a graduate of Mississippi Gulf Coast Community College where she earned her Associate of Funeral Service Technology. In addition, she has earned an Associate of Art, Bachelor of Technology in Business, and an MBA in Global Commerce. She is a licensed Funeral Director and Embalmer in the state of Alabama, a Veteran Medic of the United States Air Force, a member of the Academy of Professional Funeral Service Practice, and a member of the British Institute of Embalmers.

Ashley proudly serves our community at Currie-Jefferson Funeral Home in Hoover, Alabama where she strives every day to deliver the highest quality care to every family she serves. ​

Barry J. Kughn, born in Haiti, Missouri, lived most of his life in Anniston, Alabama where he attended Anniston High School. After graduation from high school, he began working at Rideout’s Roebuck Chapel from 1971-1973. He attended Jefferson State in Birmingham where he received his associate degree in Mortuary Science and has been a dual licensed funeral/director over 45 years. His experience in the funeral profession includes management at Gray Brown-Service, Chapel Hill Funeral Home, and Brown & Kughn Memory Chapel all in Anniston. In 2005 he sold his interest in Brown & Kughn Memory Chapel and worked as a Hospice Care Consultant at New Beacon Hospice until 2010. In 2010, Mr. Kughn moved to Birmingham where he has managed area funeral homes until June 2020, before coming to Currie-Jefferson Funeral Home in Hoover, Alabama, as a dual licensed mortician.Mr. Kughn is a Christian and lives in Hoover. He has three children and seven grandchildren. He was a former member of Anniston Kiwanis Club and sang with an Accapella Southern Gospel Sextet for 15 years. He is the author of “Ain’t She Pretty”..Looking Back - A Funeral Director’s Memoirs. He attends Hunter Street Baptist Church in Hoover and Riverchase Church of Christ.

Miriam C. Phillips is a Birmingham, AL native and has resided there most of her life.  Miriam graduated from Auburn University where she received a Bachelor in Psychology Degree. One of her passions in life is figure skating, as Miriam was a competitive figure skater for many years.
Her experience in the funeral industry began at Roebuck Chapel directly after graduation from Auburn.  She then went on to hold management positions in the telecommunications industry before returning to her calling.....the funeral/cemetery industry.  Since returning, Miriam has been employed at other area Funeral Homes and Cemeteries and is currently proudly serving her community as a Family Service Counselor/Prearrangement Specialist at Currie-Jefferson Funeral Home & Jefferson Memorial Gardens, South. 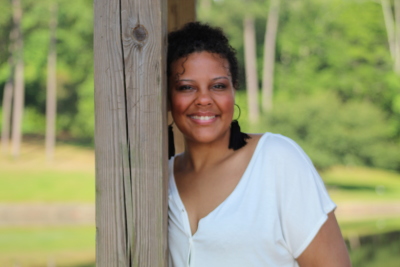 Originally from north Georgia, Lexi now resides in Homewood, AL. She is currently working on her Associate of Applied Science degree in Funeral Service Education. While working on her degree, Lexi works as a Family Service Counselor at Currie-Jefferson Funeral Home. She helps with cemetery arrangements, markers, and prearrangements.
Lexi became a Christian at the age of 12 and was a member of Resaca Church of Christ. Now, she attends Shades Crest Church of Christ. In addition to her faith, her loving and caring personality shine through when she helps families through dark times. 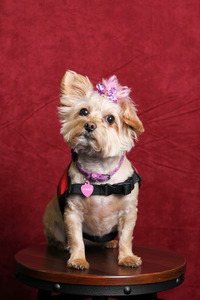 "Teddie" is a regular member of the Currie-Jefferson Funeral Home Staff. You can find her most every day greeting people at the front door, sitting in on arrangement conferences and being held by children during funeral services. She has been a valuable asset to our funeral home and she often has visitors that drop by just to see Teddie, months after their loved ones' service. A Yorkie Poo by breed, a Registered Therapy Dog with the United States Service Dog Registry by title, Teddie is always there when a special hug is needed.