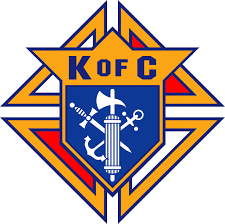 He is survived by his sons, Marc (Zabrina) Berry of Alabaster, Alabama and Matthew (Dawn) Berry of St. Louis, Missouri and his grandsons, Jonathan (Mary Frances) Berry of Birmingham, Alabama and Justin (Katie) Berry of Madison, Mississippi. His wife Antoinette Monella Berry, his parents William Thompson Berry Jr. and Dorothy, and his sister Kay Scott preceded him in death.

Thom was born on April 30, 1946 in Birmingham, Alabama. He graduated from Shades Valley high School and attended Auburn University. Thom served in Korea and Colorado Springs during the Vietnam War and earned an honorable discharge. He later worked at UAB Hospital where he met the love of his life Antoinette Monella. He worked for many years in Sales at Sears Roebuck from where he retired. He continued to work with his good friend Richard Wann at Sharp Carpet until he hung it up to enjoy his later years with family and friends.

Thom spent his later years traveling, visiting family and spending time at his homes in Hoover and Mentone, Alabama. Thom stayed very active with the St. Marks Council of the Knights of Columbus. He also served the parish as an usher for many years.

The funeral will be held on December 30, 2022 at St. Mark the Evangelist Catholic Church with lunch to follow in the Social Hall. All are welcome to attend and celebrate Thom’s life.

The family would like to thank the staff at Bill Nichols State Veterans Home for the care Thom received over the last few months.